My child is receiving online threats and threatening text messages from other pupils. What can the school do to stop this? 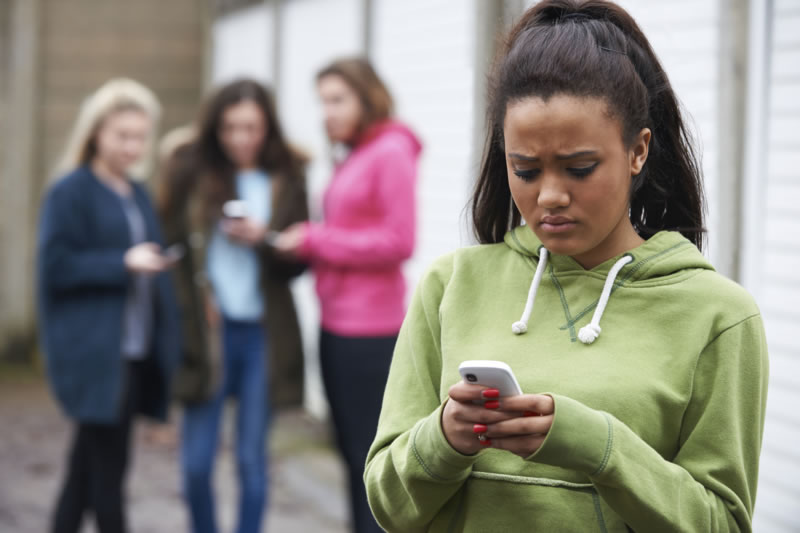 If your child is receiving threats or abuse online or via mobile phone from other pupils at his or her school, your school should be able to help. Schools must have measures in place to prevent all forms of bullying.  You should make contact with your child's school, such as their class/head teacher, as soon as you are made aware of any problem, even though, as is common in these cases, you may have to persuade your child that this is the best course of action. Remember that the longer bullying of any kind is allowed to continue, the more damaging the repercussions can be, so it's important to make sure it's dealt with as soon and as effectively as possible.

What is the law surrounding online threats?

Online threats or threatening text messages are a form of bullying and some (but not all) forms of bullying are illegal. Bullying is generally understood to involve behaviour that occurs more than once; where the perpetrator has the intention to cause psychological or physical harm and which often seeks to target certain groups because of their race/religion/sexual orientation.

Actual physical violence and theft are forms of bullying that are clearly against the law and can be reported to the police. The same goes for the following, some of which may apply to your child:

If you believe that your child is in immediate danger, you should call the police. Otherwise, we recommend that you first contact someone at your child's school.

All State schools in England are legally obliged to have policies in place that include measures to combat and prevent bad behaviour, including bullying in all its forms.

Schools in England and Wales are also legally obliged to adhere to anti-discrimination law which includes the requirement for schools to eliminate unlawful discrimination, harassment and victimisation.

What can you expect of the school?

As well as speaking to your child's teacher and the head teacher of the school, you can consider making an official complaint in writing, following the school's complaints procedure.

When the school has investigated your case, they should discipline the bully or bullies involved to identify that the behaviour is wrong; it may be necessary for them to involve the police or social services. There also may be situations where the perpetrator needs support themselves.

If your case is particularly complicated or if you feel that the school has not responded to your child's case appropriately, please contact us at Match Solicitors. At Match, we have a large team of education lawyers with many years of specialist experience dealing with this kind of situation. If you feel you need support, don't hesitate to get in touch.

“ I am totally delighted by the services provided to me. The crucial time when I was emotionally and physically drowned by an academic accusation, Match Solicitor gave an enlightenment to my case and my academic career,I won my case and I am now doing degree in Adult Nursing. Very friendly, co-operative and efficient staff ”

“ Nicole is excellent. She was always very attentive, meticulous and extremely organised. ”