Is your child being adversely affected by high-pressure primary school testing? 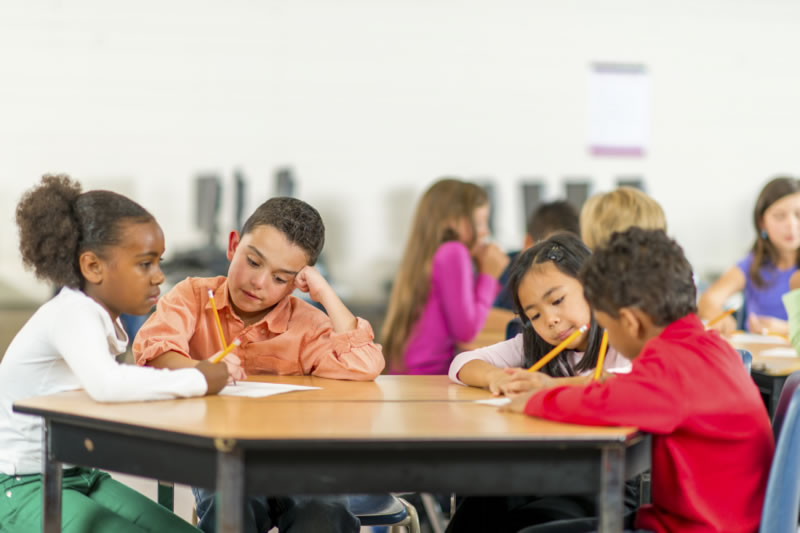 As national curriculum assessment tests — commonly referred to as SATs — get underway this week, the issue of overstressed pupils has been brought to the forefront. In a survey carried out by Key (the school support service) and reported in the press last week, the pressure surrounding national tests has been shown to have affected large numbers of primary school pupils, with many exhibiting clear signs of anxiety, stress and depression.

An astonishing 82% of surveyed primary school heads spoke of a definite increase in incidences of mental health issues in primary school children, including sleeplessness, hair loss, sobbing during exams, panic attacks and depression.

The results of the survey were released at the same time as a report by the House of Commons cross-party education committee, which was also extremely critical of primary school assessment. The report warned that publishing the results of primary school SATs in annual performance tables increases school accountability and helps to create a high-pressure system of education that is bad for both teachers and pupils. The report also acknowledges that this pressure has been seen to affect the well-being of pupils.

The Commons committee was also critical of the hurried and unprepared manner in which the system of primary SATs was introduced last year by the Department for Education. This left schools feeling confused, under pressure and without enough time to properly prepare pupils.

As it currently stands, children take the assessment tests aged seven and eleven, and 68% of primary school leaders believe that the recent changes to the curriculum and the introduction of primary SATs has definitely had a negative effect on the mental health of children as young as six.

While some children remain unaffected by the introduction of the tests, the Key survey discovered that the incidence of anxiety, stress and actual panic attacks had increased in 78% of primary schools. More than 75% of school leaders also reported an increase in failure anxiety, and more than half (55%) noted an increase in depression among their pupils.

One school leader commented: “The current assessment system is placing great pressure on children, which is leading to anxiety and mental health issues”.

How can Match Solicitors help?

Following the difficult launch of its primary school assessment system last year, the government already looks set to scrap testing for 7-year-olds, bringing in a new system whereby teachers will assess 4- and 5-year-olds but without the children's explicit knowledge. Although this new system will certainly reduce the pressure on children, it is not set to be brought into effect until the academic year of 2019-2020, by which time the current system could have caused considerable harm to any number of children.

If you are concerned that your child may be suffering mental health issues as a direct result of high-pressure primary school assessment tests, and the school is not taking your complaint seriously, get in touch with us today to discuss your case in confidence.