Will the new contract for junior doctors lead to more fitness to practise hearings? 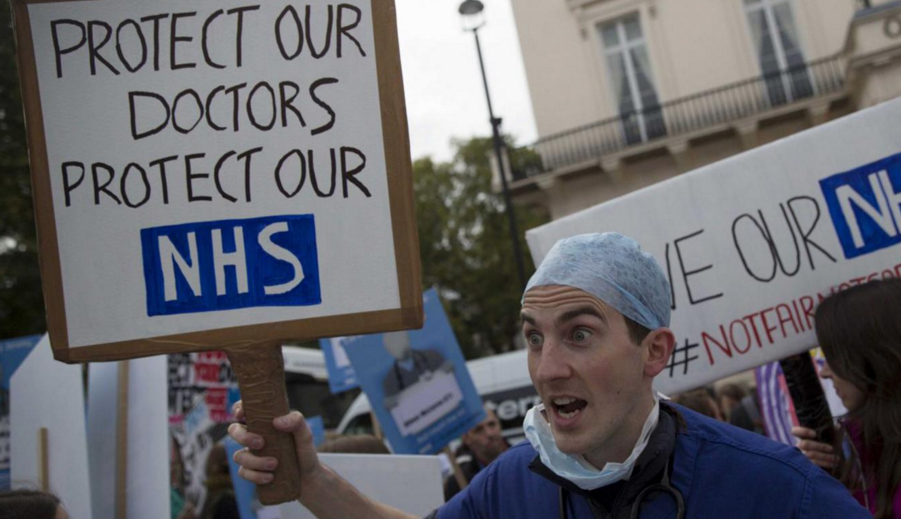 In the increasingly acrimonious dispute between junior doctors and the Health Minister about new contracts, will the potential imposing of this contract lead to more fitness to practise hearings?

An under strain NHS and over worked junior doctors is a cause for concern whatever side of the political argument you fall on. The government believes the new contract is fair but the BMA and junior doctors, who are at the sharp end of this dispute, believe that it will lead to more working over the weekends, more unsociable hours, ultimately less pay and also put patients at risk because they will be attended to by tired and stressed medical staff.

Spokespersons for the BMA have described the morale of junior doctors being at an all-time low and with many already leaving the profession or moving to countries like Australia to practise overseas, the long term affects of this dispute could be very damaging for the NHS and healthcare in general.

It’s important to remember that this is an England-only dispute. The rest of the UK is sticking to their existing contracts. If there is no amicable resolution then the prospects of more fitness to practise hearings in England is a real one. Doctors who are stressed, demoralised and over worked will inevitably make mistakes and for many doctors who are just starting out on their careers, their fitness to practise capabilities could potentially be called into question.

The BMA argues that junior doctors will be worse off financially, career progression will be hindered and long working hours will put patients at risk. The government, however, is keen to achieve its ‘seven-day NHS’ election pledge and insist that average earnings will remain the same and that safeguards will be put in place to prevent doctors from working too many hours.

The imposing of a new contract is sure to affect workforce morale, which, in turn, could lead to more sickness across the medical staff, more pressure put on others, and ultimately poorer performance across the NHS.

The longer the dispute goes on; there will be the problems of recruitment and retention to deal with, which again causes massive morale problems across the profession. Inevitably, it is the patient who also suffers by having cancelled operations and doctors who are too tired, stressed and demoralised to deliver the standard of care that is obviously needed.

It will be interesting to see over the coming months how this plays out and whether the levels of scrutiny that are already high across the medical profession, leads to more fitness to practise hearings as doctors become more stretched and over-burdened.