Following the Letter of the Law 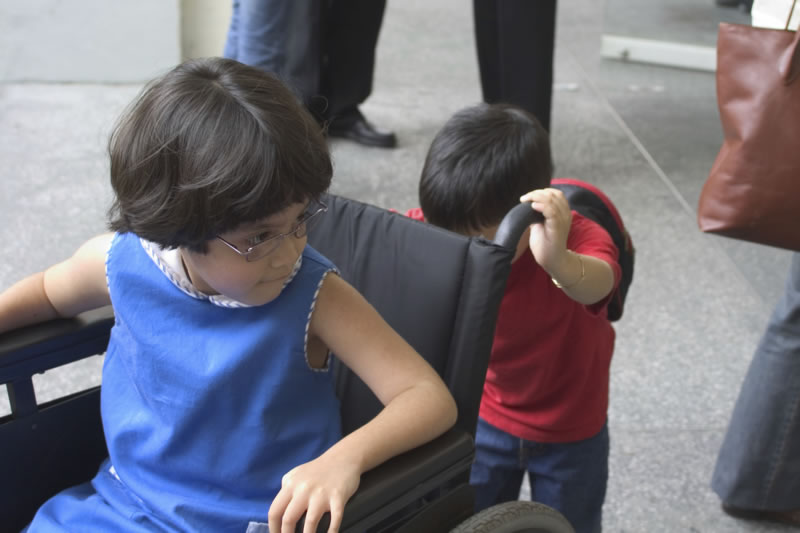 The Education Act 1981 (1981 Act) fundamentally changed the system of support for children with special educational needs (SEN) in England and Wales. One of the main innovations was the concept that came to be known as ‘inclusion’ – in short, that the starting point in terms of school placement would be that children with SEN (like all other children) would be taught in ‘ordinary’ (now called ‘mainstream’) schools.

The Special Educational Needs and Disability Act 2001 further strengthened the inclusion principle, leaving only two grounds on which mainstream education could be refused: where a child’s parents did not want mainstream, or where a child’s presence would be incompatible with the efficient education of other children. The latter ground should rarely apply, as ‘incompatible’ is a high hurdle to overcome, and moreover local authorities have to take reasonable steps to avoid any incompatibility.

The value of inclusion as an aim of the legislation is often questioned – including, in 2005, by Baroness Warnock, chair of the committee whose report led to the 1981 Act. In particular, it is often suggested that some children who attend mainstream schools are not truly being ‘included’ at all, because the extent of their needs means that they have to be taught in isolation from the other children, and cannot follow the same curriculum.

There are strong counter-arguments that can be made in support of inclusion, and, if that is to be the aim, of the current drafting of the legislation. If children with SEN are not to always be isolated in special schools – which few people directly advocate – then there will, inevitably, need to be a rule prioritising mainstream placement. The drafting of the provisions in the 1981 Act (section 2(2) and (3)), and even the original drafting of section 316(3) of the Education Act 1996 (1996 Act), gave only limited priority to mainstream placement.

In particular, these provisions allowed local authorities to refuse such placements if they were more expensive than a suitable special school alternative. In practice, it often was the case that supporting a child’s SEN in a mainstream placement would be more expensive, and so the apparent priority given to inclusion did not really amount to much.

One more recent development, which the legislation (certainly in 1981) did not anticipate, and which does not fit entirely easily within the framework of section 316 of the 1996 Act (and its replacement, section 36 of the Children and Families Act 2014), has been the creation of additional specialised provisions on the site of mainstream schools. These are variously called ‘units’, ‘resource bases’, ‘additionally resourced provisions’, and a number of other names. Many are set up to cater for children with specific needs – whether these be sensory impairments, speech and language difficulties, or autism.

Setting up such a unit might, in one sense, be seen to be supporting the principle of inclusion – it allows specialist staff with expertise in meeting the needs of children with SEN to be on hand easily, and improves the chances of a child with SEN receiving the support they require so that they can be registered as a pupil at the mainstream school. Moreover, if one accepts (or simply starts from) the criticisms about some children with SEN being isolated by inclusion in mainstream school, then the units offer greater prospects of children in mainstream still being educated with other peers having similar needs.

Legally, the position is that such units are likely to be part of the mainstream school on whose premises they are based. This issue was considered by the Upper Tribunal in MA v Royal Borough of Kensington and Chelsea [2015] UKUT 0186 (AAC). While ultimately the Upper Tribunal concluded that this was a fact-specific issue, it upheld the First-Tier Tribunal’s conclusion that a specialist autism unit attached to a mainstream school was part of that school.

The result was that the local authority’s decision that the child should attend the unit was sufficient to comply with their duty to educate him in ‘a mainstream school’. In reality, though, a child in the unit would generally attend full time, mixing with children from the mainstream part of the school only during breaks, lunchtimes, and some PE lessons. Their classroom time would, therefore, generally be entirely within a small class of half a dozen or so pupils with similar needs, taught by specialist teachers separately from the remainder of the school.

While such provision could well be suitable for a child, this does not change the fact that it only amounts to being ‘educated in a mainstream school’ if the definition of mainstream school is taken as being solely a formal legal issue, and not a matter of substance. A child who is placed full time in a unit would find it little different, on the ground, to being in a special school, and the fact that they might have the opportunity to spend time with mainstream children during breaks and lunch, and a few lessons here and there, would not change that. Many special schools arrange inclusion sessions of this nature, and it is not uncommon for special schools to be located in close proximity to mainstream schools to facilitate this.

As long as it remains the intention of the legislation that children with SEN should be included in mainstream schools, permitting the creation of separate provisions within mainstream schools that are kept apart from the rest of the school allows local authorities to comply with the letter of the law, without complying with the spirit.

In MA, the parents sought to resolve this by arguing that, in reality, the unit was a separate placement from the mainstream school (and that it was, therefore, properly to be regarded as a special school). The First-Tier Tribunal concluded it was not separate placement and so was a mainstream school. While the Upper Tribunal accepted that the question of the status of the unit was a genuinely arguable point of law, it did not resolve this, and decided the appeal only on the basis that the First-Tier Tribunal’s decision on the facts of the case could not be challenged.

Had the Upper Tribunal decided the case on that basis, it would have made it clearer that, assuming the intention of the legislation is to give an entitlement to genuine inclusion in mainstream, changes may be needed to ensure this is delivered in practice as well as in form – whether through changing the definition of a mainstream school to exclude placement in a unit attached to such a school, or through creating a more nuanced exception to give effect to the principle (without undermining the good work that units can do). As the number of specialist units increases, and the number of special schools decreases, this may need to be addressed sooner rather than later.

This article was published in the Solicitors Journal on 15 September 2015.

“ I am totally delighted by the services provided to me. The crucial time when I was emotionally and physically drowned by an academic accusation, Match Solicitor gave an enlightenment to my case and my academic career,I won my case and I am now doing degree in Adult Nursing. Very friendly, co-operative and efficient staff ”